The findings aren’t surprising, but the results are still depressing.Â 11

The Center for the Study of Women in Television and Film has released its report on 2014, titled “It’s a Man’s (Celluloid) World,” and the news isn’t good.

The study examines on-screen representations of female characters in the top 100 grossing films every year. In addition to revealing some pretty dismal numbers when it comes to women in film and television, such as chronic underrepresentation, the prevalence of gender stereotypes and behind-the-scenes opportunities, the study also reported on the lack of ethnic diversity among the same media.

Dr. Martha Lauzen, Executive Director for the Center of the Study of Women in Television and Film at San Diego State University, wrote the report.

“The chronic under-representation of girls and women reveals a kind of arrested development in the mainstream film industry,” Lauzen said in a statement. “Women are not a niche audience and they are no more ‘risky’ as filmmakers than men. Â It is unfortunate that these beliefs continue to limit the industryâ€™s relevance in todayâ€™s marketplace.”

Here are the findings revealed in today’s release:

-Females comprised 29% of major characters. This represents no change from 2013, but is an increase of two percentage points from 2002. For the purposes of this study, major characters tend to appear in more than one scene and are instrumental to the action of the story.

-Females accounted for 30% of all speaking characters (includes major and minor characters) in 2014, even with the figure from 2013, but up 2 percentage points from 2002.

-74% of all female characters were White, 11% were Black, 4% were Latina, 4% were Asian, 3% were other worldly, and 4% were other. Moviegoers were almost as likely to see an other-worldly female as they were to see a Latina or Asian female character.

Findings in Goals and Leadership

-Overall, 13% of characters were leaders. For the purposes of this study, leaders were those individuals occupying a formal leadership position in an organization, government or group and whose instructions and/or behaviors were followed by two or more other characters. Of those characters, a larger proportion of male characters (16%) than female characters (5%) were portrayed as leaders. 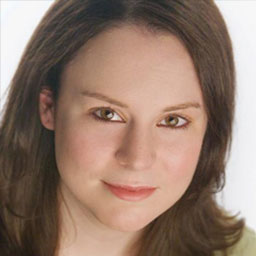