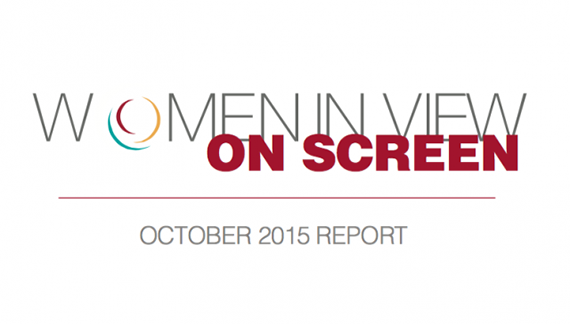 In addition to building on previous data collected from Canada Media Fund and Telefilm Canada, Women in View On Screen 2015 includes important new research shedding light on womenâ€™s employment in web series and as actors.

â€œWhatâ€™s most disappointing is that since we started tracking these statistics, the situation has barely improved at all,â€ said WIV Executive Director and report author Rina Fraticelli. â€œWe have even expanded our research to include web series, hoping that â€“ since we know that women are better represented in lower-budget production â€“ we would see an increase in participation of women there. Sadly, we find the same patterns replicating themselves in web production.â€

The expanded analysis comes thanks to a new partnership with several key industry stakeholders who provided funding and/or data that was previously unavailable. Key partners include: Telefilm Canada, the Ontario Media Development Corporation, the Canada Media Fund, the Canadian Media Producers Association BC Producersâ€™ Branch and ACTRA National.

â€œThe numbers speak for themselves,â€ added Noreen Golfman, Chair of the St. Johnâ€™s International Womenâ€™s Film Festival, â€œThe vast majority of our storytellers in the screen-based media are male, and the stories they are telling tend to involve a preponderance of male roles. While research in the United States shows similar statistics, Canada has an opportunity to show leadership and ensure equity in access to these jobs.â€